Why is the DTBC Project so necessary?

To answer this question, let’s examine 2 recent surveys.  In 2010, best-selling author Mike Nappa (Nappa, Mike.  The Jesus Survey.  Baker Books, 2012.  Print), conducted a survey of U.S. teens ages 12 to 18. All teens self-identified as “Christian” and were active in a church youth group at the time of the survey. All had participated in one or more missions trips and were considered the leaders of their youth groups.   In all, the survey sample represented 16 Christian denominations from 24 United States.  The first part of the survey was designed to measure what teens thought about four core doctrines of Christ:  1) The Bible is completely trustworthy in what it says about Jesus; 2) Jesus is God; 3) Jesus physically lived, died and came back to life; 4) Jesus is the only way to heaven.  The second part of the survey was designed to measure how a Christian teen’s belief or unbelief in those core doctrines affected his or her daily experience with God.  Nappa found that while 86% of those surveyed reported that they viewed the Bible as at least somewhat trustworthy, 70% expressed persistent, measurable doubts that what the Bible says about Jesus is true. One out of 3 (33%) of the Christian teenagers surveyed believes that Jesus, Mohammad, Buddha and other great religious leaders all lead to heaven.  Barely 5% of those surveyed reported that they study the Bible on a daily basis, with 67% reporting that they seldom or never study Scripture outside church—numbers that reflect a downward trend in Bible study from similar studies conducted 10 years ago.  Remember, these teens were considered the cream of the crop within their youth groups!

A second example is a 2006 Barnum Study survey (Barna Group.  “Most Twenty-somethings Put Christianity on the Shelf Following Spiritually Active Teen Years.”  Barna.org, The Barna Group, Ltd., 11 September 2006.  Web 01 June 2013) in which a majority of twenty-somethings—61%—had been churched at one point during their teen years but had become spiritually disengaged.  It further found that the disengagement continued into adulthood, with only one-third of twenty-something parents regularly taking their children to church, compared to 40% of parents in their thirties and 50% of parents age 40+.

These are only two of the many studies that send a clear message of needed change within the church curriculum world.  While there may be many reasons for these shifts, the age-old method of presenting interesting Bible stories and discussing how it relates to their lives is not enough.  Soaking up knowledge without arming them with foundational principles is not working.  Further, failure to think critically using those spiritual principles is yielding catastrophic results.

Basic Bible curriculum, comparing publishing company after publishing company, looks very similar and has not changed significantly in at least the last 60 years.  Yes, technology has provided a fancier and more eye-catching package, but the approach to learning is woefully redundant.  The DTBC Project is a worldwide mission’s effort aimed at producing high quality, free, Bible curriculum in multiple languages for Preschool-12th grade students.  The curriculum teaches them to think and to defend their faith.

The DTBC Project is a writing/authoring project that shifts how Bible curriculum is presented.  It begins with foundational concepts and presents Bible stories and activities as evidence of those concepts.  DTBC has a method for looping back to previously learned concepts and leading students into an increasingly deeper thought process as it applies them to real-world situations.  It examines culture, music, history, and belief systems in light of the Bible’s foundational concepts.

DTBC is committed to the writing and development of focused, strategic, and sequential Bible curriculum unlike any other on the market.  The objective of our curriculum is to develop Godly young men and women who know what they believe, why they believe it, what distinguishes their beliefs from other systems, how to withstand and answer cultural shifts, and how to lovingly draw others into a relationship with Jesus Christ.

More from the DOT Blog 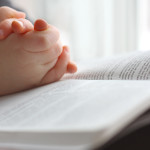 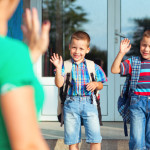 Should Children Really Memorize The Bible?

To Think Critically & Defend Their Faith